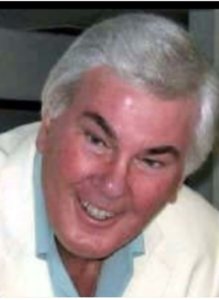 John J. Flood, a seasoned veteran of police work, is the founder of the Combined Counties Police Association, one of the most well-known and respected independent law enforcement unions ever formed in the United States.

An established and recognized crime fighter and authority on the La Cosa Nostra and the Chicago Outfit, Flood was an associate of the late FBI agent and author Bill Roemer. Flood advised Roemer on much of the information on the mob that was used in his many books.

His peers recognize Mr. Flood as one of the foremost experts on organized crime, syndicate gambling, and vice activities in Illinois and nationally.

The stirrings of law enforcement reform within the Sheriff’s Police were taking place. The Department was going through a rebuilding and significant reorganization of historical note.

Flood caught one of two “hit cars” ever taken down in the history of Chicago, where he was almost murdered. Joey “Lumpy” Lombardo tried to run Flood over with his car when he and Frank Schweihs were right in the act of committing a syndicate-ordered hit. The victim to be – mob facilitator, Richard Hauff. (Read the story.)

Flood’s police background was in his blood. There are over fifteen police officers in his family. His father, John T. Flood, was a First Grade New York City Detective, serving 30 years. As a result, he was very familiar with Organized Crime activities in New York, information he passed on to his son.

John was brought up on the mean streets of the Bronx, New York, where you ended up either good or bad. He served in the US Army, remaining in Chicago after receiving an Honorable Discharge at Fort Sheridan, Illinois.

Cook County voters had just elected a man of character and integrity to the Office of Cook County Sheriff. That man was Richard B. Ogilvie, who had successfully prosecuted nationally known mob Chieftain Tony Accardo and six years later became Governor of Illinois. He was to become a life-long friend Ogilvie committed his regime to ending influence peddling, political corruption, and the menacing vice grip of organized crime in Cook County. To these ends, it was necessary to select a cadre of elite police officers who were above reproach — men of courage and sterling character who would be guided by their conscience and committed to Sheriff Ogilvie’s agenda for historical change. Rebuilding the third-largest police department in the state.

One such man was the youthful but aggressive Flood. He led many gambling raids into syndicate-infiltrated suburbs and particularly the Town of Cicero, a stronghold of organized crime since the days of Al Capone. He arrested or directly dealt with every significant “ Outfit” criminal of his day.

Flood’s work earned the highest praise from his fellow officers and the Ogilvie administration. In addition, the  Chicago Crime Commission cited him in several of their yearly reports for his arrests of organized crime figures. He became a member of the Commission and was a candidate for its  Board Presidency

Flood was promoted to Supervisor-in-Charge of Vice for the Northern half of Cook County. He was the youngest officer to hold down such a sensitive post. In this capacity, he participated in and supervised numerous gambling raids countywide.

He was quickly familiarized with the inner workings of organized crime, mainly as it related to illegal bookmaking, wire rooms, and card games. Ogilvie had handpicked Chicago Police officers for their street ability and knowledge of organized crime to unleash reform. They tutored their well-honed street knowledge and guided him. One of his mentors was the legendary Frank Pape. The most famous big-city police officer in American history .

Flood was next appointed to Supervisor-in-Charge of the Detective Section for the northern half of Cook County and subsequently assigned as the Supervisor-in-Charge of the Criminal Indictment Warrant and Fugitive Section at the Criminal Courts Building, 2600 S. California Avenue. During these years, Flood continued to zero in on syndicate hoodlums and their criminal activity with little regard for his safety. Simply collecting a paycheck and marking time — fine for some police officers — was never John Flood’s personal style.

Frustrated by administrative bureaucracy and high-level corruption that continued to permeate the Cook County Sheriff’s Police Department and the patent disregard for the rights of the street cops he so dearly loved, John Flood decided it was time to enact meaningful change within police departments.

Until John Flood established CCPA, there had never been a true police union in Illinois, and none existed nationally. No one with the courage of his or her convictions had dared speak out before. He was the pioneer and led the way. He laid the foundation for rights and job benefits that at one time were unheard of in the police profession. He led more job actions by police officers than any other law enforcement union leader in the United States.

The police union initiated all of the salary benefits enjoyed by officers today – that was known to all officers, the news media, and every political official as…

Following a highly successful and publicized police strike in the Town of Cicero, the fledgling union negotiated a series of ground-breaking collective bargaining agreements for police officers in the State of Illinois. Mr. Flood’s personal leadership, charisma, and the courage to shine the spotlight on wrongdoing in high places established him as a man for the times.

He serves on the Board of Directors of the Chicago Crime Commission and is a member of the Illinois Academy of Criminology. In addition, Mr. Flood has spoken at numerous universities, symposiums, and labor relations seminars across the United States and was honored by the Emerald Society of Illinois as the 1994 “Police Officer of the Year.”

He was cited for arresting a rape and home invasion suspect wanted by the Cook County Sheriff’s police. (Read the news story.)

In 1989, Flood announced his candidacy for Sheriff of Cook County. Having spent a decade exposing corruption in the Cook County Sheriff’s Office and battling the corrupt administration of Sheriff James O’Grady and his convicted Undersheriff, James E. Dvorak, Flood vowed to clean up the agency. He ran on a platform to eliminate the election of Sheriff and called for the appointment instead by the Cook County Board.

Mr. Flood presently resides in Chicago, Illinois, Las Vegas, Nevada, and San Diego, California. A family picture accompanying an earlier article is here. He is frequently featured in documentaries and a guest on television and radio talk show programs around the country, addressing the Mafia, Organized Crime, and Police and Policing issues.

He is available for public speaking engagements and seminars on police and labor relations and organized crime issues.